How many more babies must die before England stops jailing pregnant women? 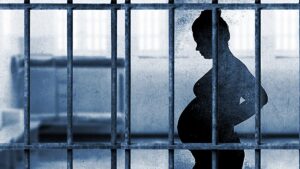 The post How many more babies must die before England stops jailing pregnant women? appeared first on Anglican Mainstream.

There is always an alternative to a custodial sentence. No court decision should endanger the life of an unborn child.

In the past three years, two babies born inside English prisons have died. In September 2019, a woman, now known as Ms A, gave birth alone in her cell at HMP Bronzefield and the baby died. In July 2020, a baby was stillborn at HMP Styal. Prison will never be a safe place for pregnant women, so why are our courts still sending them there?

Geraldine Brown, Maria Garcia de Frutos and I set about trying to answer that question. Our research into pregnancy in English prisons (there are no women’s prisons in Wales), published this week, has convinced me that imprisoning pregnant women is disproportionate, cruel and simply unnecessary.

Most of the 22 women who responded to our survey were in prison because they had been recalled by the probation service, which means that at the end of a prison term they were placed under probation supervision for one year, but then breached their probation conditions so were sent back inside. Some of these “breaches” included a missed probation appointment, changing address and shoplifting (in this case, committed by a woman who was 30 weeks pregnant and was homeless, living in a car park – she was returned to prison for 11 weeks).

Two women were in prison on remand, awaiting their trial. The most common offence was shoplifting. Four were there for drug offences. Other offences included fraud, perjury, robbery and affray. Five of the women were sent to prison at a very late stage of pregnancy: three at 36 weeks, one at 35 weeks and one at 30 weeks.

Sending pregnant women to prison is unnecessary. Multiple countries, including Russia, Brazil, Mexico and Colombia already have laws to prevent pregnant women going to prison. It is time for the UK to follow their example.

The post How many more babies must die before England stops jailing pregnant women? appeared first on Anglican Mainstream.